Today’s environmental problems are becoming more severe and affecting life on Earth. More people in various circles have turned their attention to creating products that are more environmentally friendly. The production of electric vehicles to reduce the use of limited resources and the emissions that contribute to the environmental crisis is a topic that has become more popular in recent times. Thailand, as one of the world’s major automobile manufacturing centers, needs to prepare for changes in order to dominate the production base and develop technology to keep pace with the global situation. 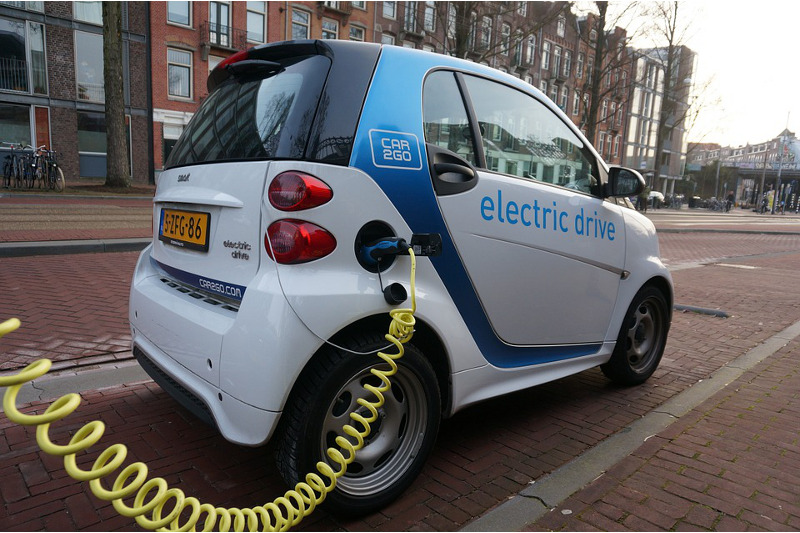 The history of the global electric vehicle industry and the current electric vehicle business
The concept of the electric vehicle (EV) has been around for a long time, and it predates the production of internal combustion engines (ICE) or fuel-powered models that are popular today. It is noted that in the 1820s, there was an invention of the use of electric motor-driven cars instead of animal-powered carts, and they were being developed continuously, but there was a problem where the battery that did not work well enough. Not until 1881 was there a battery that used the principle of lead – acid, which worked more efficiently. It became popular and widely produced in industrial systems. Since then, powerful and functional electric vehicles were developed on the road. The world’s first electric vehicle was recorded to be produced by the Frenchman Gustave Trouvé in 1881. It was produced in several other countries, including England and Germany, and was used as a model for the current electrical train transportation as well. During that time, new engines such as internal combustion engines were invented which were more efficient both in terms of speed and distance. The first automobile with a gasoline-powered internal combustion engine was patented in 1885 by the German inventor Karl Benz. Thus, making the internal combustion engine popular, drowning the boom of the electric train for a period of time.

From post-World War II, between 1940 and 1950, electric cars became increasingly popular when there was a shortage of fuel. However, the popularity only lasted for a short time because the internal combustion engine was more efficient and cost-effective. Electric cars later revived the automobile industry in the 21st century when many people saw that the energy used today is expensive and limited, along with the increased demand for clean energy to replace the use of combustion engines that cause environmental pollution. The popularity of electric cars in this period is increasing due to technology and efficiency that has been developed until they are on par with fuel-powered engines and tend to be cheaper as well.


At present, electric engines are divided into 4 types, consisting of


In 2019, Thailand was the 11th automotive manufacturing base in the world and ranked in the Top 5 in Asia. Having been a manufacturing base for more than 60 years, Thailand has been well prepared to provide great management with quality, offering industrial estate areas, labor, moist raw materials and engine components, that are ready for the creation of a complete workforce. In particular, the transportation system in the Eastern industrial zone, including Chon Buri, Chachoengsao, Rayong and Prachinburi having all-round convenience in both land, water, and air. There is also a network of quality automotive factories surrounding this area which can be linked to efficiency of production.

The technology of electric vehicle manufacturing is different from that of internal combustion vehicles. The obvious difference is the engine system, including replacement parts that last longer because electric cars can better preserve the engine system. The electric car industry in Thailand has also begun to shift from internal combustion engine systems to hybrid electric vehicles (HEV) that utilize both fuel and electric batteries which can store the generated energy for later use. The appearance of PHEV is similar to the hybrid engine, but has an additional plug-in charging system, and a battery-powered BEV from plugging into a charger. When compared with the production of electric vehicles in other countries, it is still considered low, but it shows the ability of the automobile industry in Thailand has been developed on par with the international level.


The strengths of investing in electric cars in Thailand

In order to increase investors’ confidence in the electric vehicle industry, in 2016 the Cabinet approved a measure to support the production of electric vehicles in Thailand as proposed by the Ministry of Industry. Additionally, in September of the same year, Thailand entered into an agreement to join the Paris Treaty to reduce greenhouse gas emissions by 20–25% by 2030, encouraging people to turn to electric cars instead of internal combustion vehicles, and help reduce greenhouse gas emissions. Therefore, we can be confident that investment in the electric vehicle industry in Thailand will certainly continue to grow.

The electric car is an industry that will grow continuously to replace the limited resources of fuel energy and create clean energy. Those who seize opportunities quickly can achieve greater success. Those who would like to search for an area for industrial purposes can view more details on the website at https://www.304industrialpark.com/th/